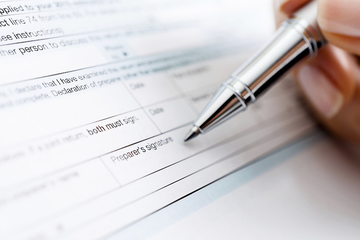 The primary reporting obligation imposed by ERISA Title I on welfare benefit plans is the requirement to file the Form 5500 annual report, though like many regulatory rules, the exceptions tend to be more frequently applicable than the rule itself.

Unless an exemption applies, ERISA requires the plan administrator of each separate ERISA plan to file an annual report with the US Department of Labor (DOL) containing specified plan information. The Form 5500 series is used for this purpose.

These aren't the only exceptions, and not all the parameters of the exceptions are discussed here, so make sure you consult with competent counsel about whether and to what extent your plans need to file a Form 5500.

It bears repeating that the Form 5500 requirement is an obligation imposed by ERISA. If ERISA doesn't apply to an employer—such as governmental units or churches—or if ERISA doesn't apply to the plan because none of the benefits provided under the plan are subject to ERISA—such as short-term disability salary continuation benefits structured as payroll practices—then there's no reason to file a Form 5500.

Plans with fewer than 100 participants at the beginning of the plan year are completely exempt from the Form 5500 reporting obligation. Note that the small plan exception does not apply to multiple employer welfare arrangements (MEWAs) or funded plans—that is, plans that have assets held by a third party or in a trust.

How Many Plans Are There?

If there's no formal plan document and there are only the insurance company- or TPA-provided booklets or summaries, then the answer to the question is more complicated. Basically, in absence of a formal plan document stating which benefits are provided under which plans, the DOL's default rules will govern. Those rules say each insurance policy or administrative services contract will be a separate plan. Courts interpreting ERISA have further stated that if certain insurance policies or administrative service contracts all have the same policy or contract number and were negotiated at the same time with the same carrier/TPA and have the same policy/contract year, then those policies and/or contracts can be wrapped, even without a formal plan document.

What Is the Plan Year?

In absence of formal plan documentation, the DOL says that the plan year must be determined based on facts and circumstances. Generally, this means the plan year will be the 12-month period prior to the renewal date of an insurance policy or administrative services contract.

What's the Deal with Schedule A?

Note that while stop-loss (a/k/a excess risk) insurance is indeed an insurance policy for which commission is usually paid, Schedule A only reports on insurance policies either (a) providing benefits under the plan or (b) providing benefits to the plan. Stop-loss doesn't provide plan participants any benefit; it insures against the funding risk presented by the plan itself. And if the employer is the policyholder and beneficiary under the stop-loss policy, then the policy is not providing a benefit to the plan either; it's the employer that gets the benefit. In that case, the Form 55500 will not include a Schedule A for stop-loss. Only when the plan itself is the beneficiary or policyholder of the stop-loss policy will there be a Schedule A for it.

What's the Deal with Schedule C?

Schedule C reports on compensation provided to plan service providers including third-party administrators, consultants, lawyers, accountants, actuaries, etc. However, the DOL regulations and Form 5500 instructions provide an exception for plans that are funded exclusively by employer general assets, insurance policies or a combination of employer general assets and insurance policies. These are called unfunded plans. (If you want to be really technical about it, insured plans are not strictly unfunded, but because there are no plan assets to hold in trust, we refer to insured plans as unfunded.) Even though salary reduction elections are netted out of employee paychecks and retained in an employer bank account, employee contributions are not actually employer general assets under ERISA. However, DOL Technical Release 92-01 extends the regulatory exception for unfunded plans to plans that have employee contributions if those employee contributions are made through a Section 125 cafeteria plan or premium-only plan (plus a number of other requirements).

In reality, this exception, as expanded by TR 92-01, applies to the vast majority of employer plans. Typically Schedule C is only required of funded plans—that is, plans that have assets held by a third party or in a trust.